Added to Your Check-Ins.

1h 9min | Crime, Drama, Mystery | TV Mini-Series (2011)
Episode Guide
2 episodes
2:30 | Trailer
1 VIDEO | 13 IMAGES
Dramatisation of the case of serial killers Fred and Rose West, focusing on the way in which they were brought to justice. 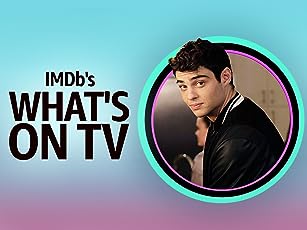 Our TV picks this week include a rebellious historical drama, a fresh voice in comedy, and an ideal teen romance.

Want to share IMDb's rating on your own site? Use the HTML below.

You must be a registered user to use the IMDb rating plugin.

This is a dramatisation of the real-life investigation into the notorious Yorkshire Ripper murders of the late 1970s, showing the effect that it had on the health and career of Assistant ... See full summary »

A three-part drama based on the crimes of convicted murderer Malcolm Webster.

Based on the personal testimonies of many of those most closely involved, Five Daughters recounts the final weeks in the lives of the five young women murdered in Ipswich in 2006.

The story of Sir Alec Jeffreys' discovery of DNA fingerprinting and its first use by DCS David Baker in catching a double murderer.

A two-part drama about the search for missing Yorkshire schoolgirl Shannon Matthews in 2008.

Fred and Rose West were Britain's most prolific serial killers. This series reveals their dark childhoods and how their terrible crimes went unnoticed for decades.

The story about the murder of an 11-year-old boy, Rhys Jones in Croxteth, Liverpool, in 2007 and his parents, Melanie's and Steve's ordeal, and how Rhys's murderer and associates were eventually brought to justice.

Dramatisation of the true story of Harold Shipman, a GP (general practitioner, ie family doctor) from Hyde, Manchester, who was convicted in 2000 of murdering fifteen of his elderly ... See full summary »

Fred Dinenage takes a fresh new look at the murders that shocked the United Kingdom in the 20th century, and the killers that committed them. Dinenage was not only the official biographer ... See full summary »

Glasgow 1982, a young girl investigates mysterious murders in a world of men.

Part 1:- Trainee social worker Janet Leach is asked by Gloucester police to be the appropriate adult at the interrogation of a simple-minded suspect. He is Fred West, who, with his wife Rosemary, is accused of killing their daughter and burying her in their garden at 25, Cromwell Street. West claims the death was accidental and his wife knew nothing of it. However grisly details gradually come to light and West owns to nine other murders, of girls who stayed at his house. Janet soon finds herself intimidated by the intensity of the situation, gutter press approaches to which her bi-polar husband succumbs and the foul-mouthed threats of Rosemary West. But just as disturbing is the rapport which Fred believes he has with her, terming her his only friend and confessing to her things he will not tell the police. Written by don @ minifie-1

An evil man, an ordinary woman - an extraordinary true story.

The photos of the victims on the police investgation board, were not of the actual victims of Fred and Rose West. See more »

Disclaimer in opening titles: "This is a true story. What follows is based on extensive research, interviews and published accounts. Some scenes have been created for the purposes of dramatisation." See more »

This FAQ is empty. Add the first question.

"Appropriate Adult" from 2011 is based on the Fred and Rosemary West murder case.

A social worker in training, Janet Leach (Emily Watson) is brought in by Gloucester police as the "appropriate adult" at the interrogation of Fred West (Dominic West), thought to be a little on the simple side. He and his wife Rosemary (Monica Dolan) have been accused of killing their daughter and burying the body in their garden.

Fred says right up front that he wants to set the record straight. He tells a story of his daughter wanting to leave home, that she said something nasty to him, and he grabbed her by the throat. Suddenly she turned blue. He tried mouth to mouth but she seemed to get worse. Well, what to do. So he got an ice breaker to cut off her legs so he could stuff her somewhere and then Rosemary wouldn't see her.

When asked why he didn't tell the police this before, Fred says, "Well, I wasn't ready." Anyway he claims Rosemary knew nothing about it. He is so casual and matter-of-fact, listening to him is shocking.

Fred seems to take to Janet, so he confides in her, again, casually, that there are more bodies, around nine. Since anything he tells her is confidential, she can't repeat what he said. Later he talks about the love of his life, Anna, and Janet discovers that she bears a resemblance to her. He seems to be very dependent on her.

Janet has her own problems - children and a bipolar partner who has gone off his meds.

Once his interrogation is over, Fred begs her to visit him in prison. Thinking he might give her more info and implicate Rosemary, she visits him several times.

This is a terrific psychological drama. It kind of reminded me of what actually happened to Capote in the Cutter case, where Perry Smith bonded with him, or so Capote believed. I think he tried all along to manipulate him, as I think Fred here played Janet. Janet is not fooled by him, but there is something about him claiming that he needed her that keeps her coming back and makes her feel important out of the chaos of her home.

Emily Watson is fantastic - quiet, unassuming, very committed, and by the book, who becomes more involved than she planned, and who can't forget the horrors that Fred tells her. And Dominic West is simply astonishing - no emotion as he talks about the killings, talks about Anna being the love of his life, and how Rosemary, who is in prison under suspicion, must get out of prison to keep the family together. As if there is a family and Rosemary is not a prostitute.

Monica Dolan as Rosemary is mean as dirt. It's a great performance - she's hateful.

Highly recommended. A very unsettling story of a normal woman who comes face to face with the unimaginable.

Contribute to This Page